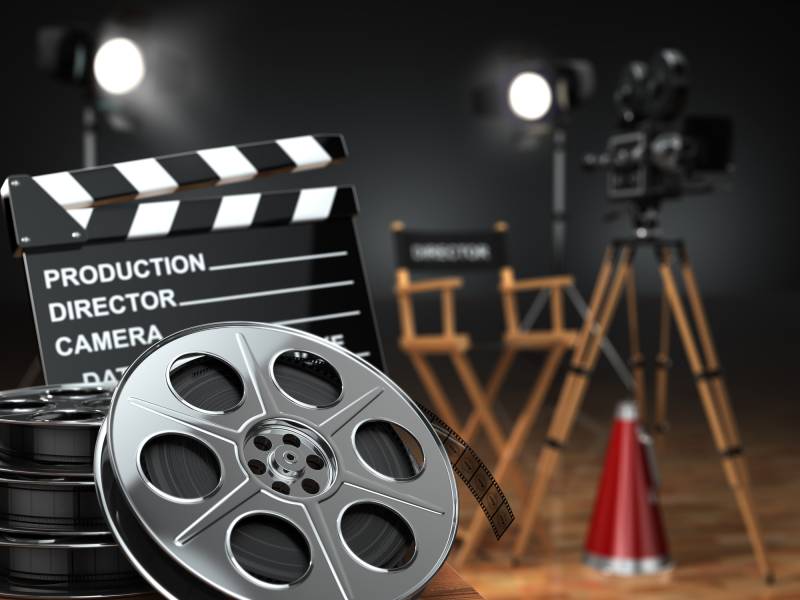 Can you tell which country has not been conquered by the Korean New Wave? NADA, because you guessed it, it’s now on Netflix. And what else is on Netflix? As much as 100 films, both original and acquired. These streaming and video on demand platforms enable all people from across the globe to watch anything they fancy on the fly. Some say this could be a threat to the film industry, but on the contrary, a film production company can benefit from all these digital platforms.

Digital television now provides viewers with a crisp, film-quality resolution, amazing sound quality and wall-size dimensions. So, who will want to go to the theatres to watch? You will be surprised, but a lot of people pay for the experience and novelty. Have you tried going to drive-in movies? This trend resurfaced last year due to the pandemic. Millennials were first to try the novel of watching movies like how their grandparents did in the 30s. But what does technology bring to the filmmaking table?

Film production or the actual shooting of scenes has become “digitized” and much preferred by film producers because of the ease in work, scheduling and what matters most to film producers, lower cost. Their digital versions replaced film cameras with massive capability. Multiple angle shots and quick checks of scenes for a retake or correction are doable with digital cameras.

This part of film production is one, if not the most, grueling part of the moviemaking process. Gone are the days when film editors would manually cut, splice and laboriously connect films to produce seamless scenes. Today, editors only use an online movie maker that enables them just to drop, drag, and even add scenes that were not even shot through a digital medium. Scene stitching has never been so easy.

Traditional platforms such as movie theatres, home video formats like DVD, Blu-ray, and television have been edged out by newer platforms like Netflix, YouTube, VOD platforms. The digital distribution of films is expanding and evolving. Movie theaters are a supply-led market. The market is now demand-led. Suppliers or filmmakers need to listen to the market and adjust. The global pandemic situation forces filmmakers to create digital means to reach their market. With families forced to stay home, there is no way to go but digital.

With cloud storage, there is no limit to the amount of image data that can be stored, preserved, and archived for future generations. This technology takes away concerns about locating a space for your film canisters, maintaining the space which can be intricate and costly, high cost of the space and above all, the assurance of preserving the quality of films. With digital technology, some things can still last forever.

It is undeniable that movie watching through the big screen with all the theatrical effects of a movie theatre is the height of cinematic experience. But it is also a fact that digital technology will never take a reverse course. It’s always full steam ahead for these digital wizards, and a film production company has nothing to lose but everything to gain. These film companies will continue to amaze viewers with revolutionizing technologies and ingenious contents. And what have they got to lose when they can be streamed from all platforms? Nada.